The island Krk has a typical Mediterranean climate with hot and dry summers and mild and humid winters. In the winter the average temperature is 5-10°C and in the summer 25-30°C. The temperature of the sea is around the 12°C in the winter and in August reaches 25°C.

Baška belongs traditionally to the top of the Croatian tourism and got several awards in this area. "Vela plaža" is one of the most beautiful beaches in Adria and for years it acquires the "Blue Flag", an indication of the ecology and the pure sea. This honor is valid only one year and must be confirmed each year. "Blue Flag" for the beach certifies high service quality, pure bank and see, organized waste collecting, security for visitors and consciousness of environmental protection for relaxation and recreation.

Except this largest beach, there are still many smaller and small beaches, which are attainable by boat or afoot. If you are naturism supporter, there is at disposal in the naturist Autocamp Bunculuka, in a beautiful bay, the naturist beach only 1 km from Baška away, for admirers of nature, health and adventure. 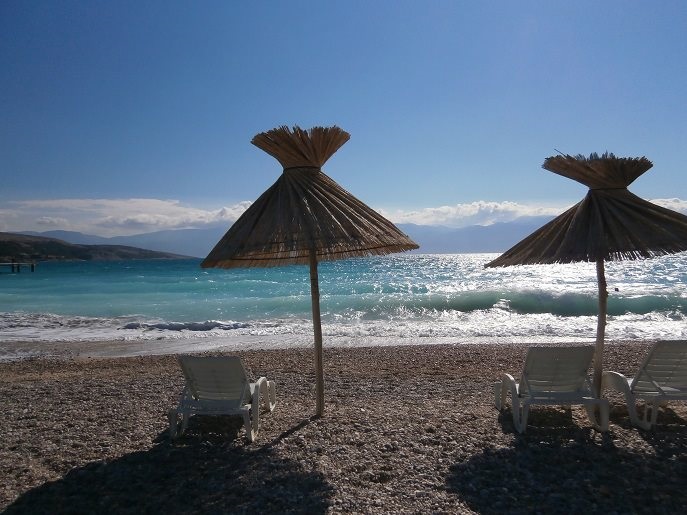 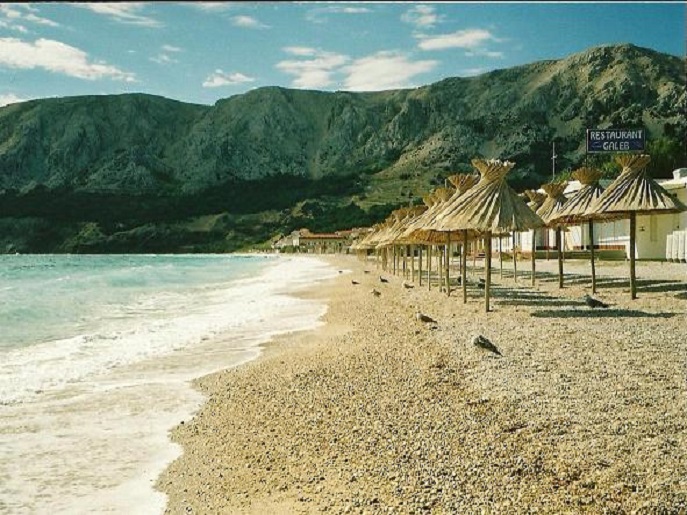 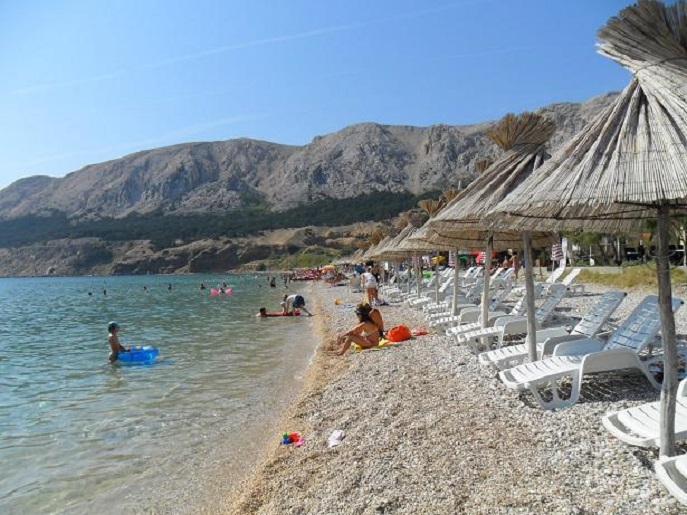 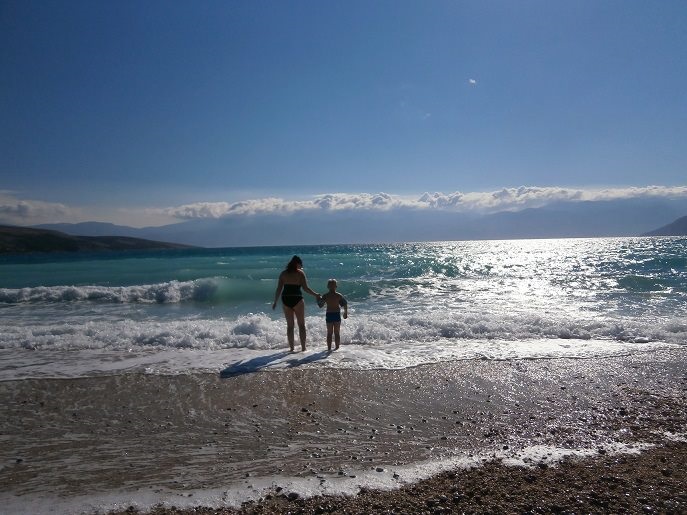 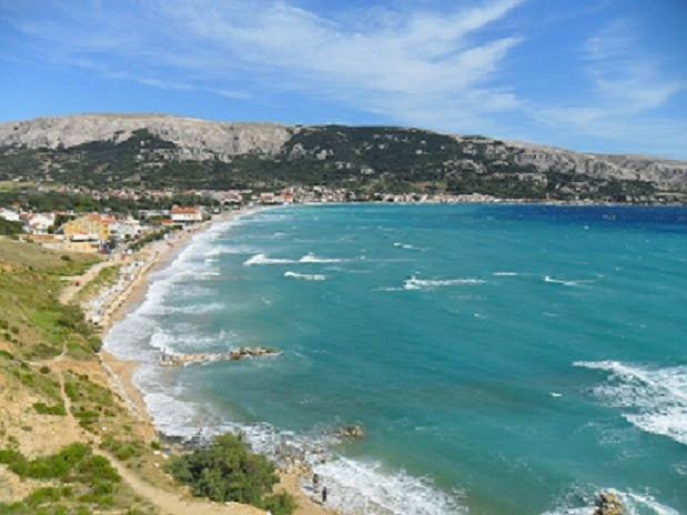 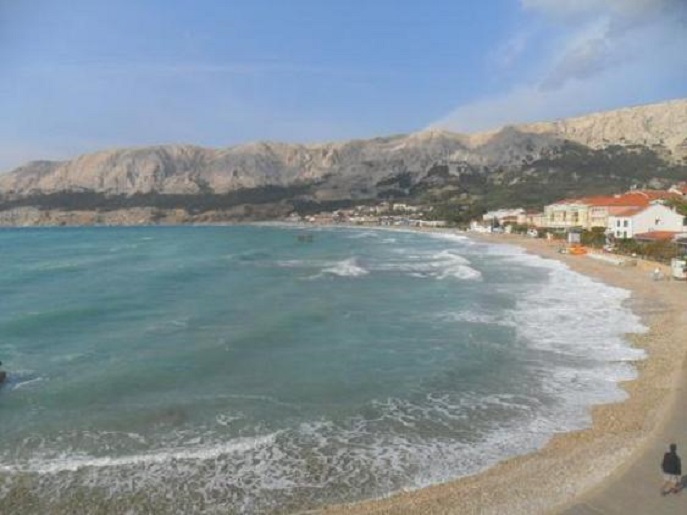 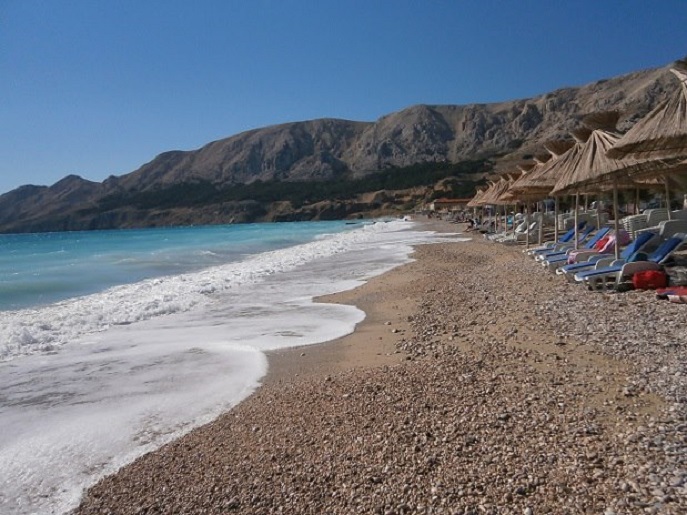 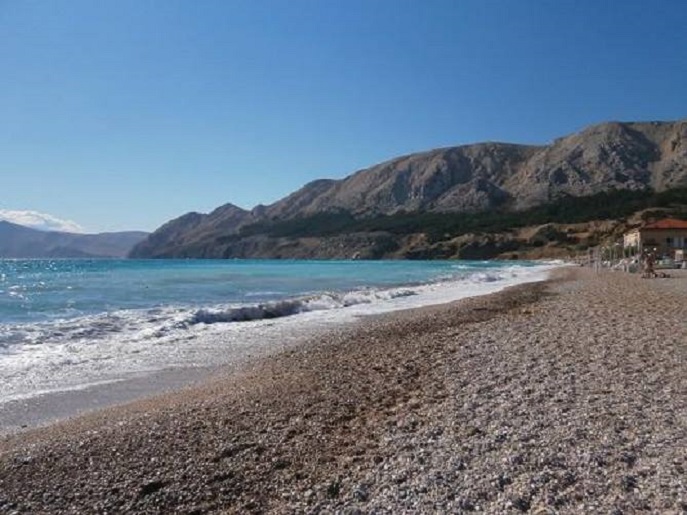 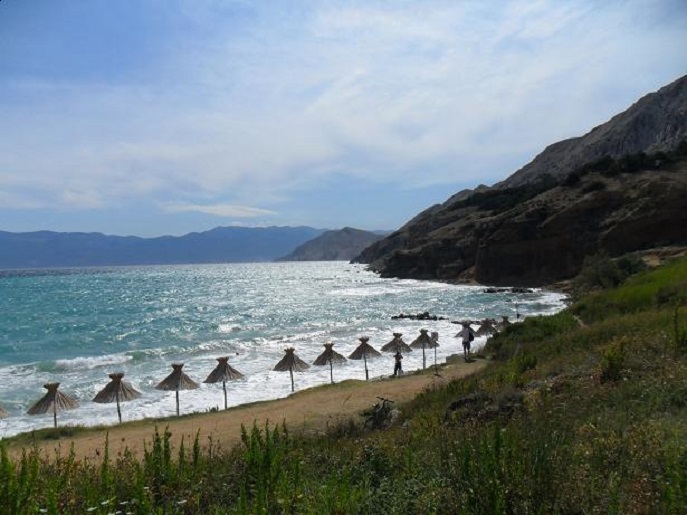 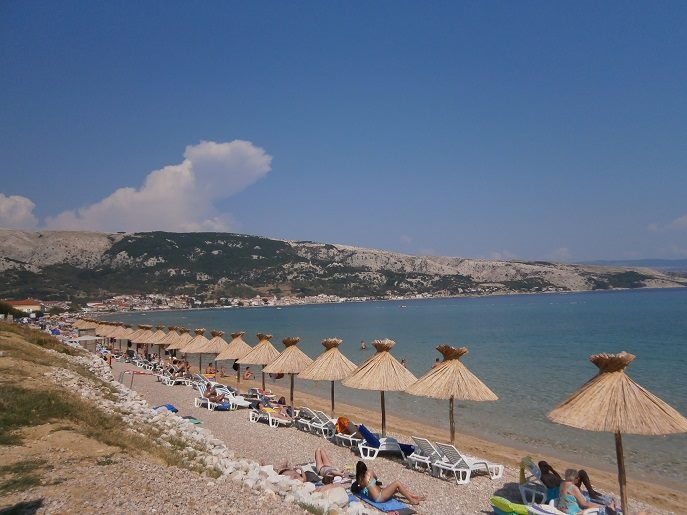 In the past, many wanted to control the island because of the beauty and wealth of the island, which they also utilizedmaximally. The Romans and the Venice called the island "the happy and golden island". The islanders have retained their language, writing- glagolitic alphabet, customs and folklore to the present time. In the summer traditionally are held concerts of the Klapa's and the people folklore dances (kanat and tanac). The old part of Baška is interesting because of Mediterranean architecture, close lanes and terasses, where the farmers and fischers of the island Krk lived during the turbulent island history, and they preserved until today their identity.

Turbulent history shows that many wanted to control the island, because of the nature wealth and the beauty. After the Illyrian tribes, the Romans settled, and they called the island "the happy island and the golden island" (felix Insula/Insula aurea). After the Romans, the Byzantine Empire came. In the medieval the domestic princes Frankopan ruled the island; afterwards it was controlled by Venice, then by Austria- Hungary to end of the 1st Word war. Already 3000 years ago the island has had good trade relations with the remainder of the Adriatic and a part of the Mediterranean. Today the tourists come mainly, in order to admire the nature beauty of the island and the city Baška.